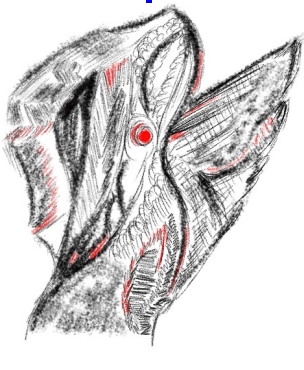 It might be the slaughter hause or just plain back to war; is there any difference? Is there any dignity in it? For me the answer is still no. Dignity and all those nice clichés are more or less posed on someone by others with a more comfortable position. As if the naration helps to flat out what is skewed, wrong, One can be intelligent, cunning in one side of one’s life and dumb in another part. But even those words do not always help to heal the heart of great pains.

Coming back as hero substitute. Everybody has a story. Maybe people get paid to feel pain instead of themselves. I bet it would be a big business. A billion Dollar business. If you make someones life miserable and go on live your life, actually one has made a transaction of substitute pain. I am philosophical here, and none of it might be true or logic, but it ís an interesting view point.

Going back to war is going back to give a fight in a way it convinces you that you have done all possible steps. Retrace them.

I saw the movie ‘For Colored Girls’; it portrayed beautifully how black one can feel. Female black that is. As if blackness is an identity in itself. As if you can’t wash it off. Like a crime like something you know. I felt black as a little girl. I survived that war of stares, hair touches, praises of how white I was. Year passed and I even forgot about it, absorbed in things like career, female equality, prosperity and of course basic motherhood. Not the last and not the least.

The war is back. The blackness in disguise in things like hussling; and black became the new ‘cheat’; the cheats ‘whites’ do but not brag about it. I have nothing against caucasian people. I grew up between them. They are still a part of me, but I have been unwillingly caught up in the middle of the black-white-identity-war. Clouds just hanging over my head.

I earned my scars; and now as a granny. I look back at my life. Half of it. I coached my kids, raised them with lots of love and encouraged them to play the game well. The game of life needs fantasy, serendipity or just breathing.